I am excited to bring my latest project, Awaz Trio, to my Colorado community. The conception for Nocturne began nine years ago during my undergrad at CU Boulder. I was inspired by the Indian concept of rasa, the literal evocation of emotion through music and dance, and time theory, the idea that certain ragas communicate specific times of day or night. I knew then that I didn’t have the skills or knowledge to even begin such a project. I predicted that I wouldn’t start until I was at least thirty.

Right now I am twenty nine so I guess the prediction was accurate. My recent year long fellowship in India gave me the opportunity to have an authentic experience with Hindustani raga music and the space to explore this idea for the first time. This is also my first project to incorporate traditional Indian percussion in creative improvised and composed music. In many ways I feel I am only just beginning to sculpt this idea into sound.

The musicians I am collaborating with have cultivated their own original voices stemming from a diversity of traditions. Matt Fuller is a Brooklyn based guitarist whose sound emanates the western slope and jazz language. Rajna Swaminathanalso hails from New York City and is doing ground breaking work creating a space for the south Indian hand drum, called Mridungam, in improvised music.

Please join us for a night of creative music. The sounds of West Bengal will collide with Carnatic ragas and New York City beats to create music that is at once steeped in tradition and distinctly modern. 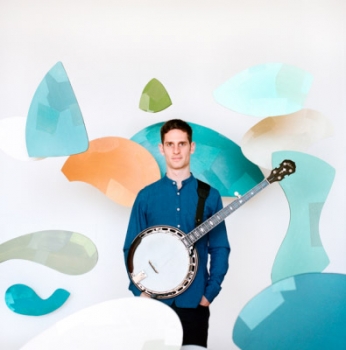 Two-time Juno Award winning banjoist, composer and instigator Jayme Stone makes music inspired by sounds from around the world. His brand new album, The Other Side of the Air, is a travelogue of imaginary landscapes and faraway lands. The album traverses the Cinnamon Route through Persia and India and revisits and reinvents melodies Stone collected in West Africa. In concert, you’ll also catch them playing a Bach fugue, a Trinidadian Calypso, Bulgarian mountain dance and Stone’s own tiny symphonies.

“The Yo-Yo Ma of the banjo.”
GLOBE AND MAIL

“I take back what I said about Jayme Stone.”
STEVE MARTIN

“This is what the future of the banjo sounds like.”
SONGLINES

“This music sounds like nothing else on earth.”
TORONTO STAR

“Stone’s airs evoke the sensation of simply being in the world, alive and aware.”
WASHINGTON POST